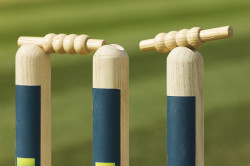 So when do you think it will be time to “pull up stumps” on your career or your business? Do you have any retirement planning for how to get there and make it happen? And what are you planning to do with yourself then?

For most people, retirement is something wayyyyy down the track – something we’ll worry about closer the time, right? Like we somehow seem to believe that “accidents only happen to other people”, we also seem to be quite capable of thinking that retirement isn’t something that’s going to affect me – until it does, or threatens to.

This blog is one of the first in the Business Mentoring Category of my new website. As such it is fairly generic in its coverage of the “pulling up stumps” metaphor, and I promise that future blogs will be much more business mentoring focused. I did however want to start more broadly, as these retirement concepts span employees as well as the self-employed or the business owner – at a personal level. By the way, those unfamiliar with cricket, this term is used when at the close of a day’s play, the umpire’s “pull up” the wickets, also called “stumps” for overnight storage, and so it has become a metaphorical term to denote the “end of a chapter”.

In the past, it was quite “normal” to work for a (often the same) company for decades and then retire at age 60 or 65 on an “adequate” pension or retirement income. In the traditionalist and baby boomer generations that has been quite prevalent, albeit in recent years that pattern has already been quite different for many, if not most, hasn’t it?

That has been reasonably equally relevant to business owners, mainly of small businesses, but also many of medium size companies, even those employing 50 or 100 staff, when they have chosen to either close or sell or transition their business to the next (willing) generation, where after often decades, business ownership creates similarly difficult transitions into retirement, as it does for those employed for similar periods of time.

While that has already changed, many “retirees” didn’t live much longer than say 10 or so years beyond retirement. We’ve probably all experienced numerous examples of people dying just a few years following retirement. Why? Could it be because they allowed their work to define who they were and in the absence of any new purpose, they actually had nothing to live for in retirement and often just fell ill and “moved on”?

Well, that has certainly changed. Big time. Recent research published by actuaries has suggested that anyone born today will, on average, easily live beyond age 100, if not closer to 120. Wow, I find that to be quite remarkable. How? Medical technological progress replacing “tired” limbs and organs through prosthetics and through “growing new ones” is becoming a reality. People retiring today can more often than not expect to live another 20 to 30 years after retirement at age say 60 or 65. Many of you already know that my dad is now 92 and in great mental and physical health. He has been living in retirement for over 30 years.

That in itself brings a whole new raft of challenges. Whilst most traditionalists have actually provided quite well for their retirement, as my dad did (a factor of long term, if not lifetime employment through companies or governments that funded appropriately “indexed” or “defined benefit” retirement provision), today’s retirees face a completely different scenario.

There aren’t many that didn’t lose significant amounts of their base investment capital in the GFC. Why? Because whether it is with a super fund run by a corporate organization or whether they’ve chosen to run their own self-managed super fund (SMSF), their investments were strongly exposed to (mainly share) market and interest rate volatility, and many actually “lost their shirt”. I know of heaps of colleagues that lost in excess of a quarter to a third of their invested capital. Some will never recover from that.

There is (in my opinion justifiably) strong criticism (or may I say resentment) towards certain government and bureaucracy employed retirement situations where irrespective of market conditions or whether they worked productively or effectively, certain bureaucrats will enjoy indexed pension and retirement benefits that guarantee set incomes in retirement.
Ironically, the masses that actually fund those “guaranteed” retirement funds through our taxes carry all our own retirement risk. In my opinion that is an untenable situation, which simply can’t last. I believe it is a grave iniquity of our modern democracies. Time will tell.

But at the end of the day, retirement is a function of funding and health, not age. Unfortunately the majority of Australians enter into retirement financially under provided, resulting in a great many having to continue working, often in different or even more menial roles or tasks, just to make ends meet.

Where I have worked with ageing clients or (impending) retirees, I have had to start with an important mindset change. Many, if not most over 50 have been led to believe or even convinced themselves that they have gone past their “use by date” and that it is “very hard” to remain employed or to find a job.

The mindset change is to emphasize the value of their experience and skills (provided they have kept investing in themselves to keep them relevant). My clients learn to believe that despite their age, their experience and their skills are what they have to offer, but to a different (and changing) audience or target market. They learn that their engagement model needs to change and that they should not rely only on their past model of employment.

People and companies looking for these skills don’t want to make a long term employment liability commitment, but they do want the skills or experience – on a casual or part time or contracted basis. They want the outcome, not the bind. So if the retiree or mature age skill carrier is willing to work in a different model, everybody wins. There are many ways to achieve that and that may be the subject of a few future blogs. My recommendation is that it is never too early to start thinking like this, as Linked-In co-founder and chairman, Reid Hoffman suggested in his book “The Start-Up of You”, the concept of “full time employment” has become almost meaningless, and that every economically active individual today needs to think of themselves as they would a start-up company.

However, let’s get back to the topic of purpose. Irrespective of your background or your current situation, a critical factor that will govern the “success” of or the “fulfillment” of your retirement, whenever that time comes, will be what purpose you see your life following or meaning for you for the rest of your days.

In my blog What defines us? I asked a lot of questions about what defines who we really are, a significant component of which is represented by the purpose we apportion to our life and our life’s work. Would you agree with me, like I suggested in An Extraordinary Life, that those with a defined purpose will usually live a more fulfilled and satisfying life than those that may have “drifted” though it rather aimlessly?

I believe that this question will also have a huge bearing on how you will look at the impending chapter of retirement. My experience watching parent generation families has been such that where there is a passion for a purpose for the (what may turn out to be a third) final chapter of that life, that they will live a far more “complete” life in retirement than those intimidated or apprehensive about it and certainly over those that allow it to “sneak up on them”.

I learned a beautiful saying in Australia where the wife says to the husband after retirement: “hey mate, I married you for life, but not for lunch” which gives an indication of how age old relationships can be quite severely tested in such new chapters, where they no longer “just” live together, but are now together “full time”. The traditional picture of the husband retiring and “meddling” or interfering in trying to “optimize” the procedural running of the household to match the productivity of the office has created many a friction, which in some cases even led to separation. This chapter is certainly one of many changes and possible challenges, and one where life coaches can and do add much value.

Well, having brought this front of mind, I hope everyone reading or listening to this, irrespective of age or stage in your life, will have recognized the inevitability of this chapter, and that the earlier we start thinking about it and planning for it, the more meaningful and fulfilling it will be able to be.

Unfortunately for the majority of us, we will retire financially under provided and often live a “settled for life” which may be underpinned by looking back in regret. Like I said in It’s not what you make, it’s what you keep, this is a matter of choice and one of timing and discipline, and doesn’t need to be left to chance.

I urge you to choose wisely if still in your younger years and if already in the more mature years to be sure to seek out some help from a trusted confidante and a thinking and planning partner in a life coach that will challenge your thinking and hold you accountable to doing what you can, when you can, to drive your next (and maybe final) chapter into a number of decades of fulfillment, enjoyment and indeed allow you to look back instead of in regret, to look back in immense satisfaction that you made a difference – for you, for your loved ones and for the greater good.

You can, you know?