Home » Executive Coaching » Confident Transitions » Overcoming Obstacles » Pride and Ego – What Have They Lost or Cost You? 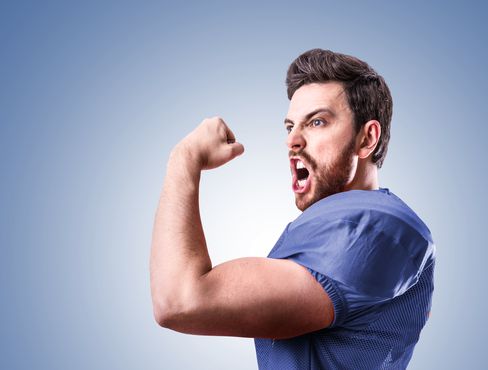 Pride and Ego – think about their incredible power. But gone wrong, what might they have cost and lost you?

Prefer listening to reading? Click here for an audio version:

Pride and Ego. The Power

Think about their amazing power to drive outcomes. The “hunger” and the creativity and the purpose they can create. Their ability to spurn you on to achieve things others simply marvel at. Incredibly powerful and positive energies, aren’t they?

Pride and Ego. The Cost

However, we have all been on the receiving end of inflated ego’s and pride that has simply “gone too far” and allowed to become destructive forces, haven’t we? Energies that have killed or obstructed countless relationships and initiatives of great value. Where a stubbornness has been allowed to over-rule common sense. Where “If I’m going to lose, we’ll all have to lose” previals.
Just have a think about some recent behaviours where pride and ego may have got the better of you. What might that have cost or lost you? How aware are you of such situations? Is this a frequent occurance?

Pride And Ego. An Example Of The Cost

Take a star employee Joe bringing a superbly innovative and well researched initiative offering great growth potential to the business he’s employed in. Those around him that he’s bounced the idea off are amazed at its powerful simplicity. They eagerly support it because of the value they see it potentially creating for everyone. He enthusiastically runs it past his boss. After listening to the proposal, somewhat “cold” the boss says a few unconvincing words of thanks for bringing the idea, and say’s: “leave it with me“. At the end of the week Joe checks in, having heard nothing. “Still considering it“, he hears. Another week goes by and somewhat uncomfortably, Joe tries again, having had a few of his colleagues probe also. The boss squirmingly and clearly with great guilt says: “I’ve thought about it but this is just the wrong time in the market for this. Let’s look at it again at the end of the year, shall we?” Joe tries to push back, but quickly realizes the futility of that and has to back down.

Common situation, right? Hypothesis? The visible power of the “not invented here syndrome” prevails. The boss simply can’t take that he didn’t think of this. And his pride and ego just won’t allow someone else to take the cudos. So he kills it. And with it foregoes a potentially profitable and sustainable revenue stream that everyone could benefit from. Now whether this is in a large corporate or a small business owned and run by the boss is no different. Potential value could have been sabotaged  long before its viability tested and sound decisions made.

Pride and Ego. What Value, Relationships And Motivation Has It Destroyed?

How much shareholder value is destroyed in similar such situations all over the country? All over the world? And how much of it because of unnecessary and unhealthy pride and ego?

Think about the impact this has on Joe’s motivation . Obviously sharing his disappointment with his peers, the same effect will probably prevail there. What about the trust relationship with the boss?

As I said in Keeping Good People, one of the biggest reasons for people to leave is “their boss”. Wouldn’t surprise you in this case also, would it?

So that was a common business situation. Think about your relationships, personal and professional. How often do we come across unfathomly and inexplicably stupid behaviours or response? How many are stubbornly driven by none other than pride and ego?

Pride and Ego. Where Are The Fingers Pointing?

We’re all guilty at different times for having allowed our pride and ego get the better of us, right? Resulting in behaviors we aren’t proud of. Resulting in snubbing others or putting people down. Or digging in. Brushing people aside. Or playing out in “I’ll show you” behaviour, either ingnorant or disinterested in potential ramifications. We see it in road rage. In family fueds. In destructive competition between departments or project initiatives competing for the same scarce funds. In wrecked personal relationships. In failed negotiations.

Or typically where political party factions dominate agendas through obvious pride and ego rather than for what the nation and people that elected them require.

What’s probably common across these? Attitudes of: “I matter. You don’t“. In such situations we can easily lose sight of the other party or person as humans. Losing our empathy. Just seeing the adversary to our intent or position.

It’s easy to point a finger when we notice such behavior in others, but what about the 3 fingers pointing back at us?

Pride and Ego. So what?

So, particularly when you feel slighted or confronted and feel blood pressure rising, why not just step back and check in with yourself whether your intended response is subjective or emotional or possibly irrational. Just test if and what role pride and ego might be playing before you respond. May you (unconsciously) be sliding into retaliatory behavior?

This is all about self awareness. Allowing yourself using the gap to step back and do the so what test. And if you might have a personality more prone to such emotional or “blunt” behaviour, who might you know and trust enough to share your behaviour improvement goal with? You know, so they can give you feedback and hold you accountable to the changes you know you want to make?

You may also want to read or hear Ego Versus Outcomes for further perspectives on this topic.

Questions? Please email me at